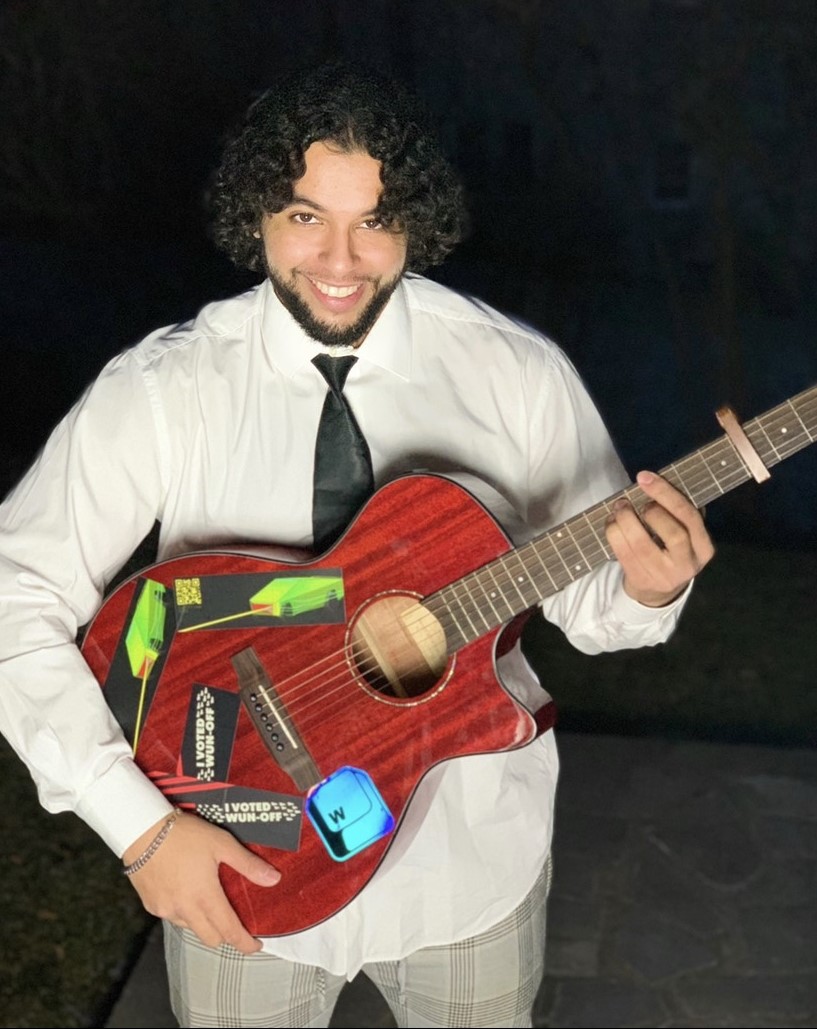 Born and raised in Montreal, Canada originally from Morocco and currently residing in London, England, YAZ discovered his passion for the guitar, piano and singing in the last 8 months. YAZ creates music to promote happiness and wellbeing to all who listen to his music. This artist will provide you with a new and modern sound which some have described as a modern-day “Beatles” vine. Enjoy the show and get yo’ ears ready for more!

Indie/Rock or an overall Indie/Pop sound best describes my music. It allows for a sometimes soft and sometimes emotional sound that can really relate to the listener. My sound is one of joy and positivity, I try my best to write and sing about things that are true in their nature but I give the sound a positive outlook so that the listener can have a sense of hope.

“YAZ” is just what people call me and have always called me instead of my full name “Yassine”. Yaz is my fun side I would say ahaha.

My musical influences include The Beatles, The Rolling Stones, Ed Sheeran and The Lumineers. I am completely in love with all of them especially “The Beatles”. They have always kind of allowed me to stay happy no matter what I was going through. John Lennon just sits in my head all day along with McCartney and I have learnt so much from them and the message they try to convey. It’s about being able to make people smile even when it seems like they shouldn’t. All these artists who have influenced me to perceive life in a different way and that’s in part why they are so successful.

After releasing my latest single “Bumper Cars” on the December 18th, I am now working on four other songs that will be part of an EP to be released in February! I can’t wait to share what I have in store, I am very much looking forward to it.

My favourite track to perform live is “Let me In” part of my debut album. It was maybe the first song that I wrote where I really made people in the crowd smile and I could see how they were enjoying themselves. I have also performed my latest song “Bumper Cars” to some friends and family and they were just clapping and smiling so that one as well!

I’d say my biggest challenge thus far has been trying to get my music out to more people. I love the process of everything especially learning new techniques on the guitar and piano and writing as well. Being able to reach more people has been difficult but I am hoping things will turn around soon.

I usually write most of my songs in about 20-25 minutes and then come back to edit them after a little while. I always write down words that I hear, read or see and I get inspired by people’s stories and also about things in my head. I like to write about things that are real but also fiction and try to incorporate some form of life lesson within it. Writing is something I just love doing because it is a form of therapy so I am constantly always writing and trying to grab inspiration from anywhere I am looking.

It has influenced me a ton, in fact, I just realized that it can allow me to share my music with anyone who is willing to simply click my profile. Once I noticed that I could do that, then I started posting more and have been trying to share music with everyone.

Currently, on my playlist, I got tracks like “Dead Sea” by The Lumineers, “A team” by Ed Sheeran, “Twist and Shout” by The Beatles and “Gimme Shelter” by The Rolling Stones. I have all types of songs by those artists and they are all on repeat!!!

I was and still am at University. However, I was playing division 1 football for Mcgill University and studying to hopefully go into med school. Life was fun as I was partying and playing sports and I guess really living the college experience. Then, I got hit with some mental health problems and found myself being lost but noticed that the only thing that stayed in my life all the time was music. So during the summer of 2019, I started playing some piano and teaching myself a little and in January 2021 I decided to really go full out and started singing, teaching myself guitar and piano almost every day for around 3-4 hours and now I am here almost a year later.

My advice for anyone, in general, is to be in the present and never stop working. We tend to get caught up about the past and future and forget that living and making things happen is in the present. If you stay in the present and just take it literally one day at a time you will notice that things slowly start shifting in your direction and along that path you develop discipline, courage and strength and the willingness to never give up on yourself because you have already come this far. It’s all about just starting and never stopping.

I would just try and look for artists who speak the truth in their music and generate overall wellbeing and not focus so much on a lot of the music we see today where the lyrics don’t really mean much at all. It’s important to find artists who want to share a message that is true and meaningful.

Originality is everything! Writing your own music and being able to make it your own makes it so much better. Of course, it’s essential to grab inspiration from other forms of music that you like and get an idea of what you want to sound like, but writing and make things your own is the most crucial step. If you can be original then you can separate yourself from other artists and become more than average.

I only started singing, and playing instruments in January 2021 and if I can do it and get to this point (not that I have gotten anywhere near my goal) then anyone can do it. It is all about starting and never stopping.