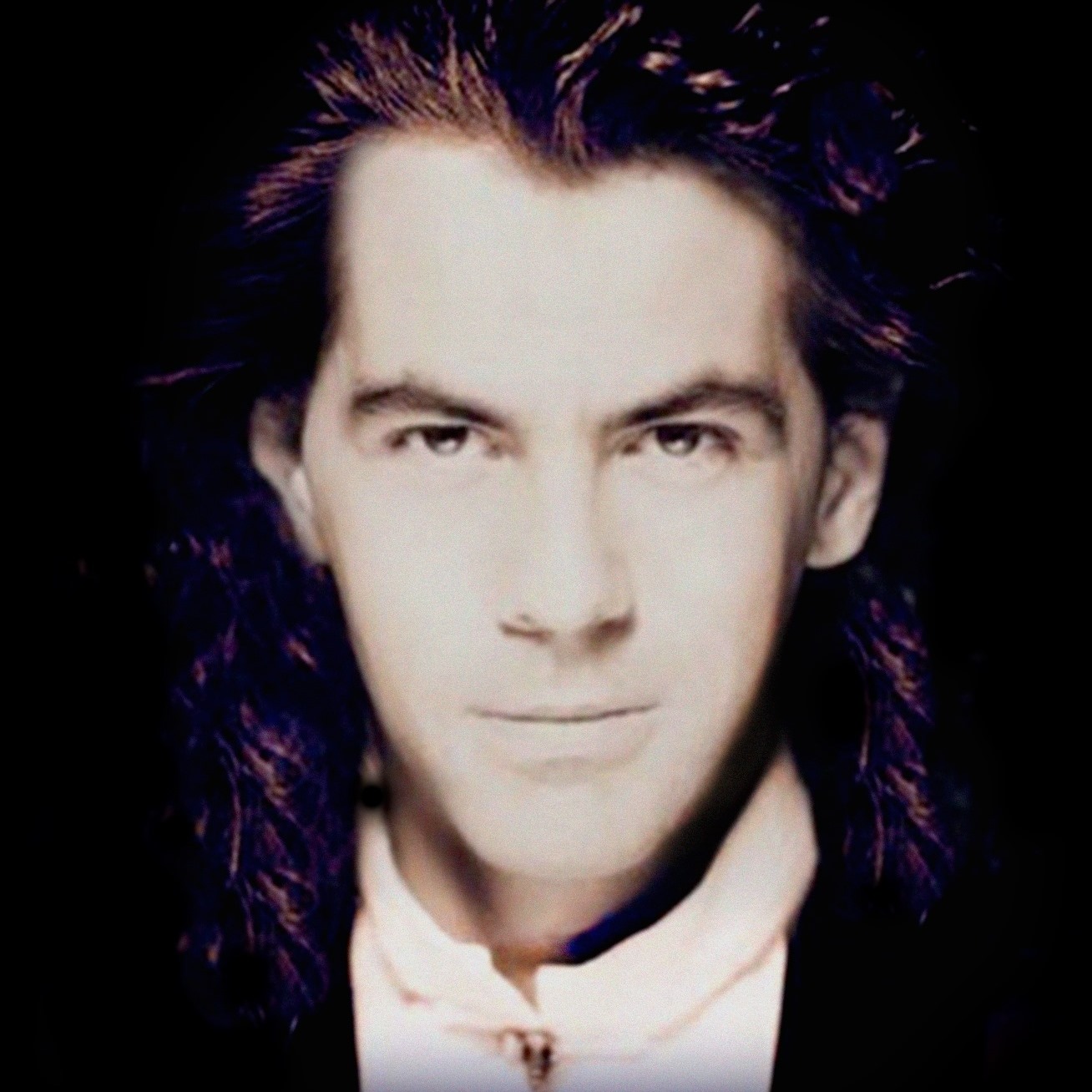 Gervais Briot alias Gervay Brio, born August 4 in Dinan (Brittany), is a French singer-songwriter and deejay-producer, descendant of the Breton knight Jean Armange, companion of Joan of Arc and the revolutionary Pierre Joseph Briot, member of the 500, friend of Bonaparte. He learns music from the age of four, pianist, guitarist and singer, he will form his first group at the end of the psychedelic years where he will meet the singer Nico and will study at the conservatories of Rennes (Singing) and Nantes (Harmony), in parallel with his studies of Law and Psychology (University of Nantes).

Gervay began his professional career in music at the beginning of the eighties as a pioneer of New Age music in France, of which he became the leader, producing the first collection of relaxation and meditation music (Tao, Himalayan, Transmutant…), the fruit of his encounters with oriental spiritual masters. He will study Tibetan Buddhism with His Holiness Karmapa XVI, Tai Chi and Kung Fu with the teacher Chee Soo (Taoism), Zen-Shiatsus with the senseis Yuchi Kawada and Kazunori Sazaki as well as Indian music, the art of Raga and Nada Yoga (Yoga of Sound) with the virtuoso Nageswara Rao.

Gervay Brio created the “Clear Light” center in Nantes in 1978, which became “Karma Teksum Tcheuling”, the first Tibetan center in Brittany where he invited his guides and taught their methods, hosting his program “Yin Yang” on “Radio Atlantique”, the first free radio at that time.

In 1980 Gervay will give his first Parisian concert at the ” Arc En Ciel ” hall of the Palais des Congrès, on the occasion of the ” Coresprit ” show organized by Christian Godefroy, where Gervay will follow the seminars of Parapsychology with Dct Mylan Ryzl and the medium Mattew Maning.

Noted for his knowledge and his original music, Gervay Brio will be invited to the International Center of Music Therapy in Paris to train social workers and hospital staff in the techniques of Sophrology Music, especially in the departments of Pediatrics and Geriatrics (Rouen), thus becoming a music therapist, he will move to Paris in 1984.

On his arrival in Paris, Gervay met the musicians Don Cherry, Colin Wallcot, Nana Vasconcelos of the group Codona and especially Miles Davis on the occasion of his return to the stage at the Chatelet theatre, which was to be of great inspiration to him. He will be hired by the Jules Verne Foundation for a concert at the Escalier d’Or theatre, then by the same foundation, directed by the visionary’s granddaughter, an innovative multimedia show “Exit To Light” (album) merging music, dance, cinema and virtual images, at the Jean Villars theatre in Suresnes in 1985.

In 1986, Gervay Brio created the music for the ballet ” Quintessences ” (album) with Monique Zana and Carole Sédillot from the Paris Opera and the American dancer Sidonie Young (San Francisco Dance Company). Two performances were given, one at the foot of the Eiffel Tower for the ” Espace Intérieur ” salon and the second for the Lion’s Club at La Défense. He again hosts a program on Radio 3 entitled “Crystal City” where he invites prestigious guests including Andreas Vollenweider, Tangerine Dream, Sogyal Rimpoche with whom he will continue to study the Dzogchen (Tibetan school of liberation), who will entrust him with the position of artistic director within the group “Rigpa”.

Introduced by his friend Tchalaï Hunger (assistant to the director John Boorman on the film “Excalibur”), to the Breton singer and harpist Alan Stivell in 1990, Gervay is hired by the record company Dreyfus to re-liberation the former Celtic star and produce the album “Myst Of Avalon”, inspired by the Arthurian legend, a major influence since his childhood, he goes on tour in the USA (Boston, New York, Washington, Atlanta). …) to work on the project before its finalization in the English studios of Abbey Road and that of the singer Kate Bush. This adventure turned short, Alan Stivell arbitrarily decided to go it alone while recovering the work of Gervay Brio, the album will be released with copies of his models.

Gervay created his label ” Novieval The Age Of Sound ” and opened his studio at the foot of the Sacré Coeur in Montmartre in 1992, producing several artists including the singer Adriana Kaegi, ex Kid Creole & The Coconuts, he made his first hit ” King Of Trance ” (album) which became the worldwide success of the compilation ” Bains Douches ” vol.1 original (Mercury/Universal) in 1994 and launched Gervay Brio on the international scene.

In 1997, Gervay made his camera debut in Randall Wallace’s “The Man in the Iron Mask” as the king’s stylist, alongside Leonardo DiCaprio and Jeremy Irons, thus discovering his inspiration for the cinema, which led him to produce and play his own music videos (24 on YouTube), as well as directing the music for the film “Les Larmes de de Shiva ” pour Arte TV.

The new millennium led Gervay to Budapest, where he met the pool of deejays “Evidance” with whom he became friends and discovered this new vocation that will lead him to mix in the best Parisian clubs (Cab, Bus Palladium, Gibus, Garden…). ), in Saint Tropez (Divo), in Croatia at the Carpe Diem in Hwar and at the Labyrinth in Dubrvonik, until the Winter Music Conference in Miami in 2008 where he will be named “Maestro Dj” by the jury presided by Darryl Pandy for his track “Incandescent”, with the singer Diva Avari, a major reference of the international House scene. Gervay will be invited to play in the best clubs in Miami (Blue, Rain, Indra…), he will have his resident night at Tantra, an ultra vip club founded by Robert de Niro, and will perform at the Souk in New York…

Back in France, Gervay Brio continues to produce albums, Eps & singles, including “1 kNight In Malta”, composed after his trip to Malta where he mixed at the Envy, which will earn him to be the only Frenchman to be awarded the prestigious Akademia Music Award in Los Angeles in 2018 and will be at the top of the major international charts, supported by the biggest deejays and radios : Above & Beyond, Nikki Belluci (Radio FG), Andy Durrant, Electrosound. tv…

In 2013 Gervay writes and publishes his biopic book ” Le Shaman & Le Deejay ” (Amazon.com), prefaced by the famous journalist André Bercoff (Le Figaro, Sud Radio…) and interviewed by Andrea Graber, ex-director of Editions EMI-France where he reveals his memories and thoughts as well as his exclusive conversations with his friends Robert Owens and Lucia Hwong.

Since then, Gervay Brio has re-issued his collection of music “Healing Memories” in 7 volumes (Amazon. com), produced ” Karmapa Day ” with the new and authentic Karmapa Ogyen Trinley Dorje, who will be at the top of the NumberOneMusic New Age Chart International, ” Love Yourself ” with Princess Tatiana Romanova, the video trilogy ” Kalagia ” dedicated to the victims of the earthquake in Nepal in 2015, ” Giving Forgiving ” with the Afro-American rapper Astiwell, ” Legend Can Never End ” from his ” Sound Fiction” Opera ” Talysman”, to come.
Always at the top of the charts with his new song “Future Ladies”, a song dedicated to women’s freedom, his re-mixed version of the Breton anthem “Novarmorica”, “Healing Messenger” in homage to the victims and caregivers of Covid, “Orgonia” dedicated to Dr. Wilhelm Reich and his new opus “Illusory Journey”, Gervay remains in 2020, one of the major artists of his time.

What Musical Genre Do You Feel Best Describes Your Music And How Would You Describe Your Sound?
Electro Pop Rock Dance House Vocal & Ambient-New Age. Union of my musician knowledge (piano, guitar, vocal), my poetry and my Dj skills (production), for a powerful and spiritual unique sound to help people for a higher consciousness and comfort.

How Did You Get Your Name? Is There A Story?
My original family name is Gervais Briot that I changed in aka Gervay Brio, to sound better in english ! My first name Gervais (Gervasius in Latin) means “the precious vase” (Graal) and my family name BRIOT came from the celtic rune Beorc, and means “bright”, so full name means ” The Bright Precious Vase”.

What Are or Have Been Your Musical Influences?
I learned music at the age of five and Maurice Ravel “Bolero” was my first inspiration, following later by Jimi Hendrix, Frank Zappa, John Mc Laughling, Santana, till today Nick Warren, Sacha…

What Are You Working On Now? Any Future Collaborations We Can Look Forward To?
I’m working on my next creation, which is for now a secret!

What Is Your Ultimate Goal In The Music Industry? What Is Your Plan Of Action?
I’d like my music could be know as it deserve, to share it worldwide to make people aware and happy !
I wish to be able to come back on stage playing my songs with the feeling of the public…

What Is Your Favorite Track To Perform Live and Why?
My more famous hit ” King Of Trance” very popular since 1996

What Has Been The Biggest Challenge In Your Career Thus Far?
To win the Akademia Music Award Los Angeles, to be #1 Miami Winter Music Conference Jury and to continue to be rank #1 in best worldwide charts.

How Has Social Media Influenced Your Career As An Artist?
Not so good, as an artist since 10 years we only get 0,08% of our work under GAFA dictature, this is less than any slave, anywhere, any time ! We have to do and pay for everything, and got closed to nothing when the providers don’t still our royalties (most of them), music is no more for professionals bur for amateurs who can pay with their other job, it’s impossible today to be independent and make a living of our work, just for glory!

What Are Some Tracks and Artists Currently On Your Playlist?
The Seven Cities/Solarstone, Budapest/Nick Warren…

What Did You Do Before You Started Making Music?
I started music at five, study to conservatories of Rennes and Nantes(Brittany), beside my Law and Psychologie studies at University of Nantes, I became music professional in 1977.

Any Advice For Young People (Men or Women) That Want To Succeed In The Music World?
Be strong and love ur art, because today u’ll never be able to live from it !

What Would You Change In The Music Industry If You Were A Top Music Executive?
Give back respect and money to artists and take off the fakes.

How Do You Feel About Originality?
Originality is the signature of creators, who are today as rare as the stars in full day!

Is There Anything Else We Should Know About You Or That You Would Like to Add?
I wish the music professional situation will change asap before the total disparition of real artists very soon !