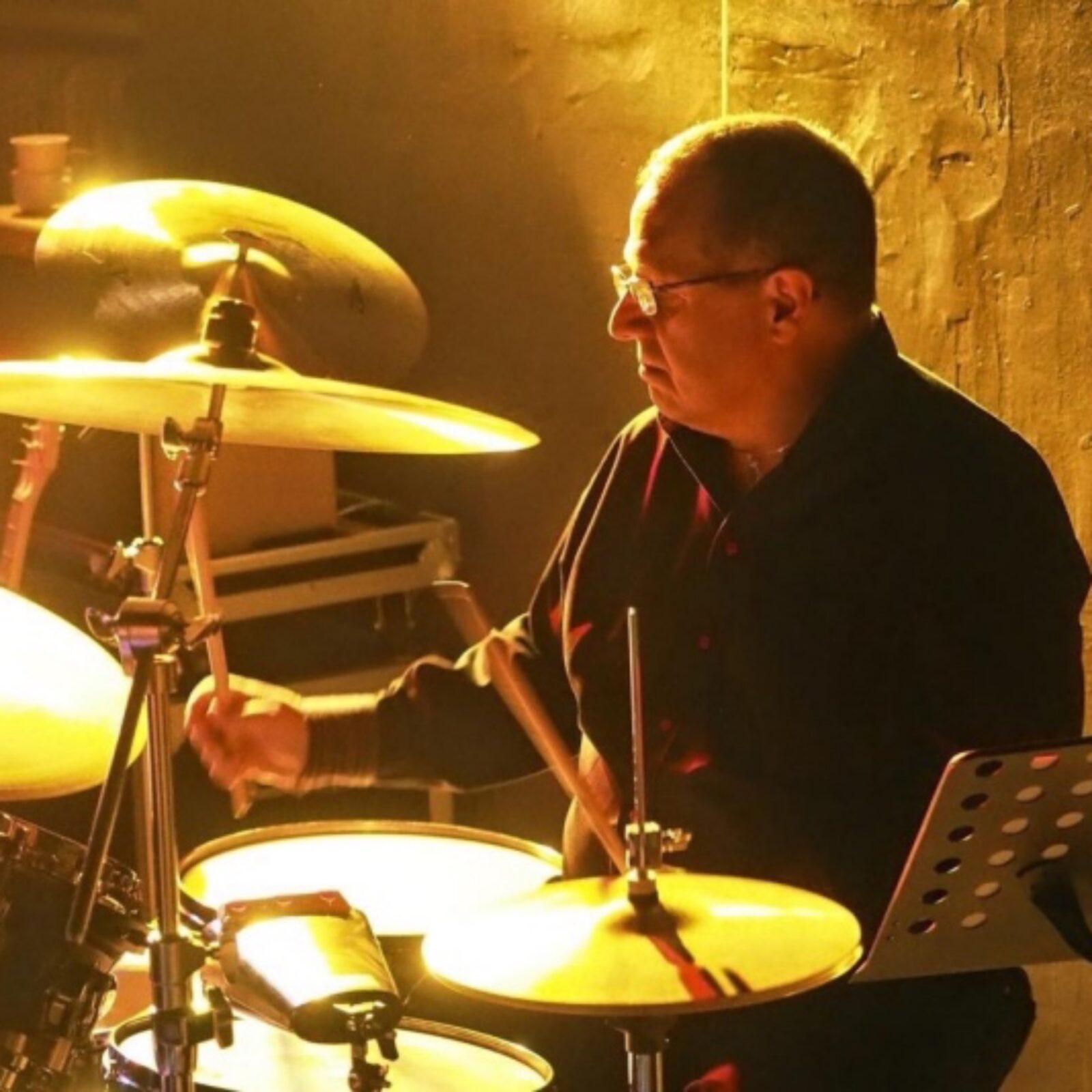 Influences for the Artist:
Bands and artists like Pink Floyd, Jimi Hendrix, Led Zeppelin, Mike Oldfield, King Crimson, Black Sabbath, Shadows and many others have an inspiration to him.
The good old days where a song could last forever and not only 3 minutes and could contain a solo or two

Old Danish guy who has played music his whole life. He has played mostly as a drummer but has early learned to play other instruments as well.
He has played drums in a lot of bands playing cover songs and a few where they made their songs. He has played Rock, Pop, Jazz, and some Latin music and theater and musicals.
Next to playing in bands, he made compositions on a tape recorder where he played all instruments. Nothing has been released or published then, other than 2 Songs played in Danish radio in 1972, in a radio program called Båndbixen where amateurs could send in their music to be selected for airplay. During his life next to the daily job he still made music for himself in periods. After the start of digital music-making and the possibility of distributing music as a home studio musician, he has distributed a lot of his songs to the world. He has his very own style, based on inspiration from music from the ‘80s to now. Pink Floyd, Beatles, Jimi Hendrix, King Crimson, Mike Oldfield, Led Zeppelin, and others as his inspiration then. In 2018 he quit his daily job and started making music every day. He composes in many genres besides Rock he also does Jazz, Symphonic Rock, Latin inspired Rhythmic, and many other rhythmic genres. He has his very own style. He has currently released several albums and singles and is always working on new albums. All his music is to be found on big streaming sites like Amazon, Tidal, Apple, Spotify, and many others

What Musical Genre Do You Feel Best Describes Your Music And How Would You Describe Your Sound?
Rock is my first choice but after I have worked with voices it wold be Alternative Rock/Pop
How Did You Get Your Name? Is There A Story?
My name is given by my father and mother when I got baptised.
What Are or Have Been Your Musical Influences?
Early on it has been all the old rock bands like Rolling Stone, Jimi Hendrix, Led Zeppelin, Black Sabbath, Shadows, and many more.
i always try to not copy but make my own style.
What Are You Working On Now? Any Future Collaborations We Can Look Forward To?
I am releasing a new album on the 27 of March called 2It Will Be Better”.
Itis the current situation with the virus in the rear mirror. And side by that I am already working on my next album after that. I already have 10-12 sketches.
What Is Your Ultimate Goal In The Music Industry? What Is Your Plan Of Action?
To get my music heard. And if somebody likes it I would be very happy
What Is Your Favorite Track To Perform Live and Why?
I am no able to perform life
What Has Been The Biggest Challenge In Your Career Thus Far?
It is not the music part but the administrative part, promotion, registration at PRO, etc. There is so much to be aware of when you are an independent artist.
What’s Your Typical Songwriting Process?
I turn recording on my DAW and then I play on my keyboard out in the blue.
I save everything I play because time has learned me that even if you don’t like it now it w I have always a lot of midi notes, which can be a whole song or chorus or bridges or vers When I work with a midi note I make some changes to it during the work process.
How Has Social Media Influenced Your Career As An Artist?
I meet fellow artist and information
What Are Some Tracks and Artists Currently On Your Playlist?
I do it all by my self
What Did You Do Before You Started Making Music?
I started to play music when I was very young, drums at 11 and other instruments at 15
Any Advice For Young People (Men or Women) That Want To Succeed In The Music World?
Kepp believes in what they are doing.
What Would You Change In The Music Industry If You Were A Top Music Executive?
I do not know the world at that stage
How Do You Feel About Originality?
It is important. Don’t be like anybody else, be your self
Is There Anything Else We Should Know About You Or That You Would Like to Add?
no