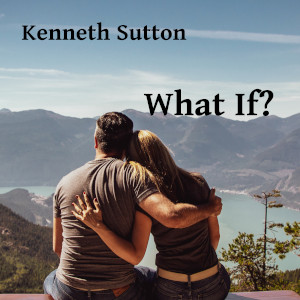 Kenneth M. Sutton was born in Detroit, Michigan on November 4th, 1961 Ken started his music career when he was 11 years old playing the Drums, his love of music has started him in Recording and singing when he was 15 years old on a 2-track tape player, Ken would record himself singing like Elvis Presley and playing the Guitar which he taught himself to play. Ken Sutton has played in various bands and has written and co-written many songs with other artist Ken has had Radio play in Detroit on WPON 1460 am and Internet Radio in and out of the USA. Ken is now working on his career as a solo artist, songwriter / composer and has returned back to writing with his new albums” SweetKenny Raw and Honest The Whole World Is A Fantasy ”” FootSteps “, ” Jennifer’s Box Of Junk “, ” Doo Hickey “, ” Perception “, ” Cracks In The Wall “, ” INK! “, ” This End Up! ” ” Amazonian “, “Slobber”, “Fleabag Hotel”, ” The Hitman Files “, ” Ancient Hunter”, ” The Walkers ” Rise Of The Dead “, ” Comic Book! ” ” Only Us Left Standing ” ” White Knuckles “, ” SweetKenny In Your Face ” “Gator’s Bayou and his newest album released on February 28th, 2017 titled ” Epic ” Ken has also scored the music for the short film titled ” White Knuckles The Final Cut ” released on Youtube ” 2016 ” Ken Is Also Composing The Score For The Video Game ” The Darkness Of Ragnarokk” Ken has also composed the theme song for WoodBangers LLC Entertainment Network Titled ” A New Dawn ” The Official WoodBangers Theme Song. Ken also writing/composing new music for film/tv and games. Ken has also had song placement in a ” Finland Television Show Titled ” SHEDDING FOR THE WEDDING/episode 5 ” DEVILS IN THE DETAILS ” song title ” FEEL THE FLOW ” and in a ABC Family ( Now Free Form ) Episode Of ” EXORCISMS AND GHOSTS FREAK ME OUT ” song titled ” It’s Scary Out There ” Ken has also been Accepted into Pump Audio music service. And Soundfile Productions Inc. in LA. Soundfile Productions Inc, has also ” Published ” many of Ken’s songs.(see foot note) In 1984 Ken started his Recording career on a 4-track tape recorder and recorded for local players in Detroit, things started to work for Ken and he then moved up to an A-dat 8-track recorder. From then on Ken has not looked back and began Recording on a DAW, starting out with Steinberg’s Cubase in 1993 and then moving up to Nuendo, Ken has attended Berklee Music ,and has recived Certification’s, in DeskTop Music Productions, Mixing and Mastering in Protools and Music Production. Ken has recorded and Mastered for artists as: Benny Lang : Guitar player for The Miracles, The Dramatics, The Temptations and other Motown artists. Larry Johnson : Singer, Dancer and Actor in Detroit. Highwater Detroit : ( Mastered their albums ) Reverend Robert Sexton AllStar Blues Review Band: ( Master’s their albums )

Ray Franks : Country Singer: KinRoss, MI. Fred Evans : local Detroit Rapper C- Stacks: Boston Rapper ( Mastered his songs for the radio and albums ) MG Records: mastered album ( ” FatBoy On A Sucker Free Diet ” 2009 ) Barbara Rose Collins ( Detroit City Council Woman ) Radio Spot. Labyrinth : Detroit Rock Band. ( Ken Sutton ) and many more……… Ken has also done the Album and DVD designs for Country / Blue Grass singer, Ray Franks.
Things Ken Has Done:
( ANIMATION/VIDEO FOR C STACKS )
All the video work was done by Ken Sutton, as was all the animation in the video’s, Ken created all the character’s in the animation.
( SWEETKENNY’S MUSIC ) Recorded all the songs, mastered all the songs, wrote all the lyric’s to the songs, played on and produced the songs.
( RAY FRANKS/C STACKS ) Ken designed all the art work to the Albums and DVD’s, and created the DVD’s. (MUSIC VIDEO) Reverend Robert Sexton’s AllStar Blues Review
. ( ” HAVE MERCY ” Music Video )
( FOOTNOTE ) Ken also write’s film scores and game scores, and many has been “Published” by “Soundfile Production Inc” in LA., Soundfile Productions Inc. has had placement in many tv shows CSI ( CBS ), Law and Order ( NBC ) and Sleeper Cell ( Showtime ). “ War ” ( Lionsgate ), “ Waitress ” ( Fox ), and “ The Protector ” ( Weinstein Company ) to name a few.Ken also has completed ( 2009 ), ” TWO ” (2) animated music video’s for Boston, Ma. rapper C-STACKS as well as designed his new album ” C $TACK$, MY STORY “. as well as the dvd’s ” SEX GAMES ” and ” WHEN I TAKE OFF ” by C STACKS. I have also designed and edited the raw interview rappers show ” The Corner ” hosted by C-Stacks and seen on youtube.com Ken has also designed the new Ray Franks album titled ” LOOK UP! Ray Franks Sings Country Gospel “. that has been released in June 2009 Ken has also done the album design for Ray Franks album titled ” Come Join Our Tea Party, Let’s Take America Back!” 2010 and a music video for title song “Let’s Take America Back” Ken also designed the new Ray Franks album titled ” Ray Franks Sings Classic Country Hits ” that was released in April 2014 Ken did all the studio recording/mixing/mastering and design work for this album. Ken has also created an animation cartoon titled “ Quest For The Hearts Of SweetKenny in ( 2011 ) that you can see on my website http://www.sweetkenny.com and also on youtube at
http://www.youtube.com/sweetkenny1 and http://www.vimeo.com.
“ I am a creative artist and love what I do ”
SweetKenny
http://www.sweetkenny.com