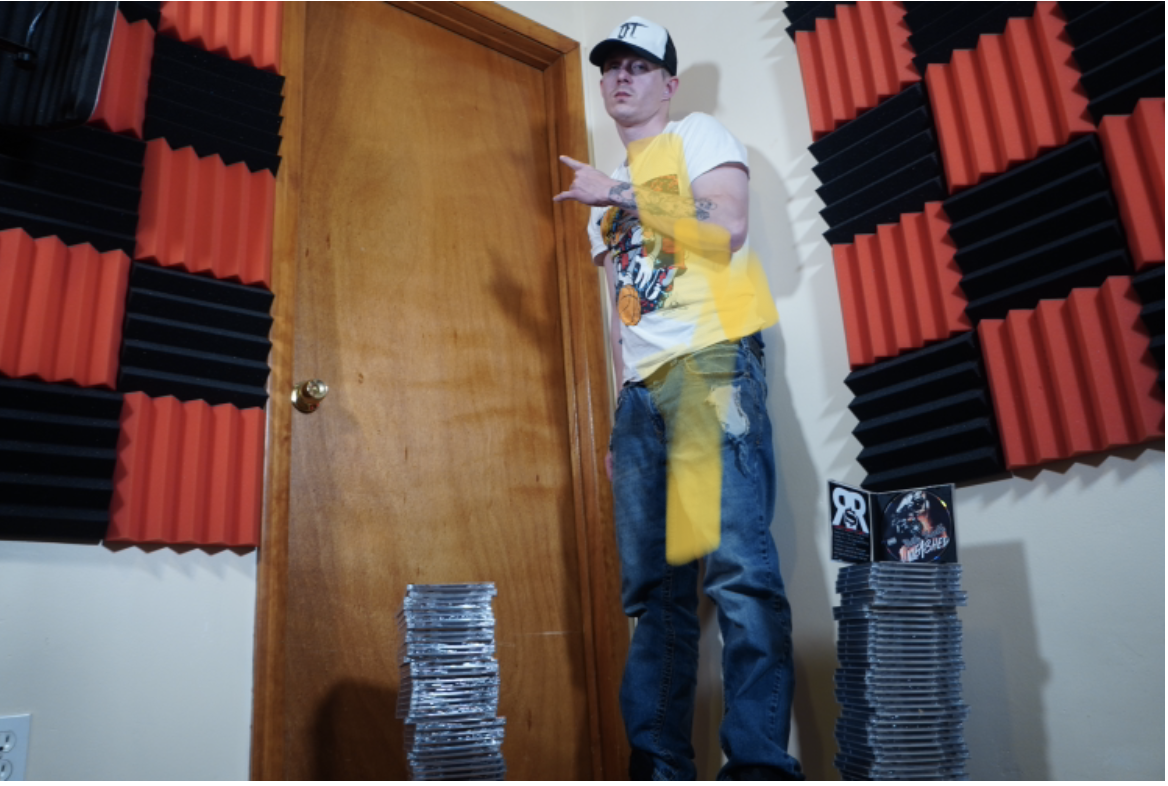 Damon Akers better known as Dita Truth, is an American rapper/songwriter. He is an emerging underground artist, from the Northeast Ohio City of Akron, ready to take the world by storm. Starting at the age of 9, Damon started experimenting writing raps and freestyling for friends. Over the years he developed a versatile skill, that incorporates a midwest chopper feel with his storytelling lyrical flow as well. Prior to deciding to make his Musical talents a career in the music industry. Dita Truth has already opened for Lil Wyte of Wyte Music, and Caskey of Young Money Records. Currently you can find 16 single from Dita Truth across all platforms, along with the UNLEASHED EP estimated to drop by January 1st 2020. Dita Truth also worked with many producers such as, four time gold record producer Dj Flip CEO of 808 Kartel in California. Dj ELR ,Dlynch ,the legion ,anno dominations and many more. All accomplishments came from years of hard work , persistency and consistency. Dita has the will and drive to grow and become both a better artist and person with every day.

Hip hop or rap for sure. I grew up to DMX Ti Cassidy Twista Bone thugs Trap Music Tupac biggie all that . I would say I incorporate all the greats and put it all into one style I can twist it up like tech n9ne or slow it down like jeezy with lyrical abilities. I think it’s important to be versatile when your trying to depict the whole struggle of being a starving artist from the hood to our listeners.

Musically there’s a lot my first album I ever bought was DMX It’s dark and hell is hot” I also listened to pac , biggie , cypress hill, house of pain , TIP,Twista , Bone Thugs, Boosie Bad Ass , Jeezy , but like old Jeezy like bounce music era . I’m a 90s baby. Also my environment I seen a lot of stuff I wish I hadn’t growing up . Wanting to get away from that situation for myself and my kids motivated me for sure . When I was a teen I was involved in local gangs so stuff got crazy. It made me who I am today I’m just glad I was able to get away from that . Also producers too like Scott storch Bubba Sparks Dj Screw , Early dj khalid , timbaland . Yea just the Golden Era To the early 2000’s .

Also snoop doctor Dre and Eminem for sure !

What Are You Working On Now? Any Future Collaborations We Can Look Forward To

Right now I’m sitting on a bunch of music. I’m currently getting ready to fly out to LA to collab with four time gold record producer and ceo of 808 Kartel Records, Dj Flippp . I’m gonna try and knock out a EP in six hours and shoot this video . It’s a blessing things have been picking up. It’s crazy!

Right now I’m sitting on a bunch of music. I’m currently getting ready to fly out to LA to collab with four time gold record producer and ceo of 808 Kartel Records, Dj Flippp . I’m gonna try and knock out a EP in six hours and shoot this video . It’s a blessing things have been picking up. It’s crazy!

My ultimate goal is to be respected and go from Local artist that came from Akron who had nothing . To having notariety and becoming a household brand. My plan of action is to just keep pushing and go where music takes me make music do shows videos features whatever I have to do to provide my kids and fiancé a better life. My son is 6 and has autism he deserves the world. So I feel for them I have to make it .

I can’t really say I have a favorite track to perform they’re all good songs but they’re mine so I guess I’m suppose to feel like that . One song that’s real fun to perform tho is called Lemme C Ya I.D. I dropped that song when the whole bill cosby and R Kelly fiasco was goin on. So it’s fun to see all the crazy reactions and laughs from the crowd. I like knowing I can make people smile and enjoy themselves . It makes me feel good knowing I’m a good entertainer.

The biggest challenge in my career was staying focused and consistent enough to build a buzz. Turning my passion into income has been the hardest thing as I think it is for a lot of upcoming artists. I’ve been writing and recording for years now . So whenever I see progress it’s a huge load off my shoulders for sure .

I usually buy beat packs from different producers i tend to start writing to a new beat after I get a hook or verse done because I hate repetitiveness I get bored easy . It helps me to finish songs easier if I don’t get bored with them sometimes I’ll write an entire three verse song and find a beat later. I’m unpredictable I guess.

I think it definitely made it easier for me to plant my music in new demographics I normally wouldn’t be able to reach being just a kid from Akron that didn’t have the financial means to travel. It also helped me escape by giving me an outlet for my music to be heard . They have a saying here it’s called stuck in Ohio come on vacation leave on probation. Im glad I got to a point I can leave now because of music .

I never really had a playlist a lot of times I’ll buy my beats and just listen to those in the car . It helps me come up w concepts and new lyrics all the time. I definitely follow a few artists but like I said I get bored easy so once I know the lyrics I tend to move on. I listen to my influences a lot or like Joyner Lucas hopsin Tory lanes the griselda family some of the Chicago and Detroit rappers but I never have a set playlist if it’s dope I listen .

What Did You Do Before You Started Making Music?
Potty train?

LOL Naw for real tho I started writing lyrics for myself tho when I was nine when I was like 14 I was rapping around friends at parties and stuff they told me I should take it seriously I didn’t record in a real studio tho until I was like sixteen. I was always in the streets or hanging with friends. I had to grow up fast but I was always making music .

Yea , don’t give up. There were days this music stuff was not working for me to. I’d have a bad turn out at a show or my song wouldn’t get the views I wanted or a computer would crash. Things happen but you gotta believe in yourself. I remember nights I performed in front of like 5 people. Sometimes I’d even beat myself up and tear up cuz it wasn’t working but you gotta endure it because if you quit you’ll never know what could have happened. Keep grinding!

If I were a top music executive I would put way more music on the at radio stations. You hear it all the time people saying new music but yet the song they play has been on the radio for six months straight. It’s basically monopoly to artists like my self who are struggling but probably deserve a shot at the billboards more because a lot of us are in my opinion more interesting than a lot of the stuff in the mainstream media.

I feel like it’s missing a lot in the music industry now a days. A lot of music sounds the same I feel like it’s important to pay homage cuz the music is dope . I just don’t feel like doing what the next person does is exactly original . Unless your telling a different story that’s totally your own. You can be you and respect other people as artists. I feel originality is respected more .

Yea I just want people to know I’m a person just like them. I get depressed I cry I laugh . I bleed I’ve hurt I’ve been hurt. I’ve apologized to people and I’ve been too prideful to say sorry at times . But I kept pushin through all the stuff and I just think other people who are listening should do the same. I almost gave up once if I had did that for good I’d probably never have made it to LA or in this interview so go be great!