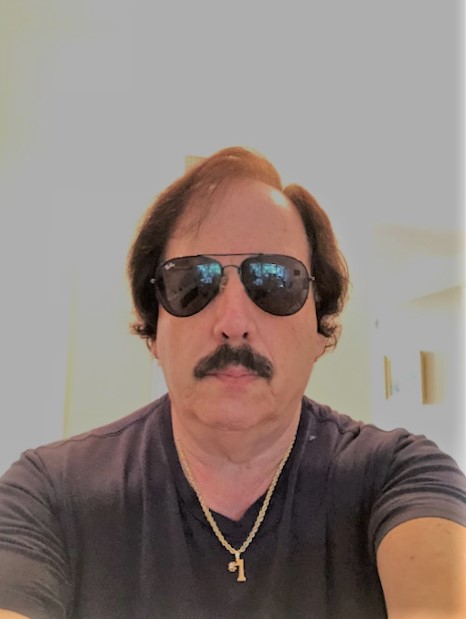 Perry Stevens is not your average songwriter. He is a well-rounded artist with a broad creative scope. He has a passion for authentic storytelling, and love to create music with a deeper meaning. He has been a singer for 30 years, and he’s now bringing it all back to the audience! At the end of the day, it was never about genre definitions and other limitations. It’s all about insightful lyrics and powerful songwriting ideas. His songs leave a mark on people and connect with them on a deeper level. Perry Stevens makes songs that will make you cry, laugh, think, and wonder…sometimes all at once! He had a bustling career early on, but at the end of the day, he took a step back from the scene. Based in West Covina, California, Perry has a life-long passion for music. Perry has an eclectic musical background and a vast vocal talent to match it. In fact, he was a professional singer from the early 70s up until the early 80s. He often sang at the Chalon Night Club. In those days, he had many opportunities, but he had other goals. Even when they offered him contracts, he decided to focus on his career in medicine and chemistry. He was also getting married, so his relationship was more important than doing months on the road!To focus on his life, he rejected those offers, but this doesn’t mean that he had turned away from music. That part of him was always there, inspiring him and giving him a reason to be creative and artful.In November 2018, after five years working on his new music, Perry Stevens was finally ready for his latest big break. He released a project titled “Hot Lava,” which was an immediate sensation. The music was received positively, and Perry didn’t only reconnect with his old fans. He managed to make new ones too! However, many of his former fans were eager from new material by Perry, so they actually encouraged

him to focus on being a professional musician once again. He brought back the signature themes and aesthetic of folk-rock, but with so many other influences. In fact, Perry’s sound is hard to pin down because his music is so incredibly diverse and forward-thinking.One of the most distinctive perks of Perry’s music is indeed found in his fondness for stories. Most of his songs are very narrative-driven. Arguably, storytelling is one of the most essential elements of the artist’s approach to songwriting. Perry loves to share his feelings and express powerful ideas with the audience, and he often does so through the voice of the characters he depicts in his songs.Perry sings about love, freedom, hopes, dreams, and heartbreak, sharing many amazing moments with his audience through his timeless songwriting. His brand new songs aren’t just about tracing the steps of folk and rock. His vast range of influences features new wave, ballads, and why not – even rap and R&BA! In addition to that, the production on his recordings is absolutely excellent. His vocals always have some tasteful effects, such as reverb, echo, andsaturation. Vintage records often inspire the sound of his instrumental track. However, it also has a modern edge to it, which enhances the clarity and appeal of the material. Whether you are a fan of old-school folk-rock or contemporary music, Perry’s records are going to be great for you! There is genuinely no constraint to the creativity and vision of this fantastic artist, and he is on a roll, consistently releasing amazing songs and building his growing fan-base.Perry Stevens currently records under Glass Curtain Records. His songs are featured on iTunes, Spotify, Deezer, Amazon Music, and Pandora, as well as other online stores Find out more about him, and do not miss out on his releases, activities, and events:

Perry Stevens,
What Musical Genre Do You Feel Best Describes Your Music And How Would You Describe Your Sound?
50s, 60s 70s sounds, and my own creations. People say I sound Like Elvis Presley, Johnny Cash, some songs Dean Martin.
How Did You Get Your Name? Is There A Story?
It is my real name “Perry Stevens” However my mother named me Perry after Perry Como.
What Are or Have Been Your Musical Influences?
See Bio
What Are You Working On Now? Any Future Collaborations We Can Look Forward To?
Working on new track Cross -Roads, Cross Winds
What Is Your Ultimate Goal In The Music Industry? What Is Your Plan Of Action?
There are not too many of us left from the 50’s & 60’s Music with meaning. A lot of the college kids today, young folks love that style music which has become clouded in today’s society. I bring music with real life experiences that has happened to me and other folks in my tracks.
What Is Your Favorite Track To Perform Live and Why?
I love the Song Come-N-Back , and Salted Heart. Listen to them and you will understand why these songs are so popular, including Hot-Lava
What Has Been The Biggest Challenge In Your Career Thus Far?
Coming back to music and writing my own tunes and lyrics after 30 years of silence my fans wanted me back. A lot of them said they sick and tired of rap songs, and want some real music to come back. I personally like rap. Its not my thing and it is a talent in its own.
What’s Your Typical Songwriting Process?
I have to think about a category in a real life situation then start humming a tune I like put into music and then write the lyrics.
How Has Social Media Influenced Your Career As An Artist?
A lot . I am on all streaming sites so being back in the game from 2018 till present and being featured numerous times in Lifoti magazine and front page on the October and November 2019 double issue is pretty good for managing myself.
What Are Some Tracks and Artists Currently On Your Playlist?
I have a combination of all types of songs from all different artists including tango songs I wrote, and I love Cesaria Evora
What Did You Do Before You Started Making Music?
I am a chemist by trade
Any Advice For Young People (Men or Women) That Want To Succeed In The Music World?
Yes just enjoy what your doing. Let the money come on its own. Its tough out there so be sure you have a good job. I suggest try to get your music into the film industry.
What Would You Change In The Music Industry If You Were A Top Music Executive?
Nothing, but I would help a lot of people go to the top that are not recognized and deserve to be there.
How Do You Feel About Originality?
Its everything. Hear my songs like for instance Mirror of your eyes. Very haunting and orginal.
Is There Anything Else We Should Know About You Or That You Would Like to Add?
I would love before I die to bring back music with style and meaning, and hoping also to get my tracks on some new movies . By the way the Netflix Film “365 Days” I loved so much I made a track based on the movie. Here it is https://soundcloud.com/perry-stevens-952829987/gona-take-yea Listen to my music all of my tracks have deep meanings that is important to me and to folks listening to my track. Thank you for your opportunity God Bless, and Stay Safe.