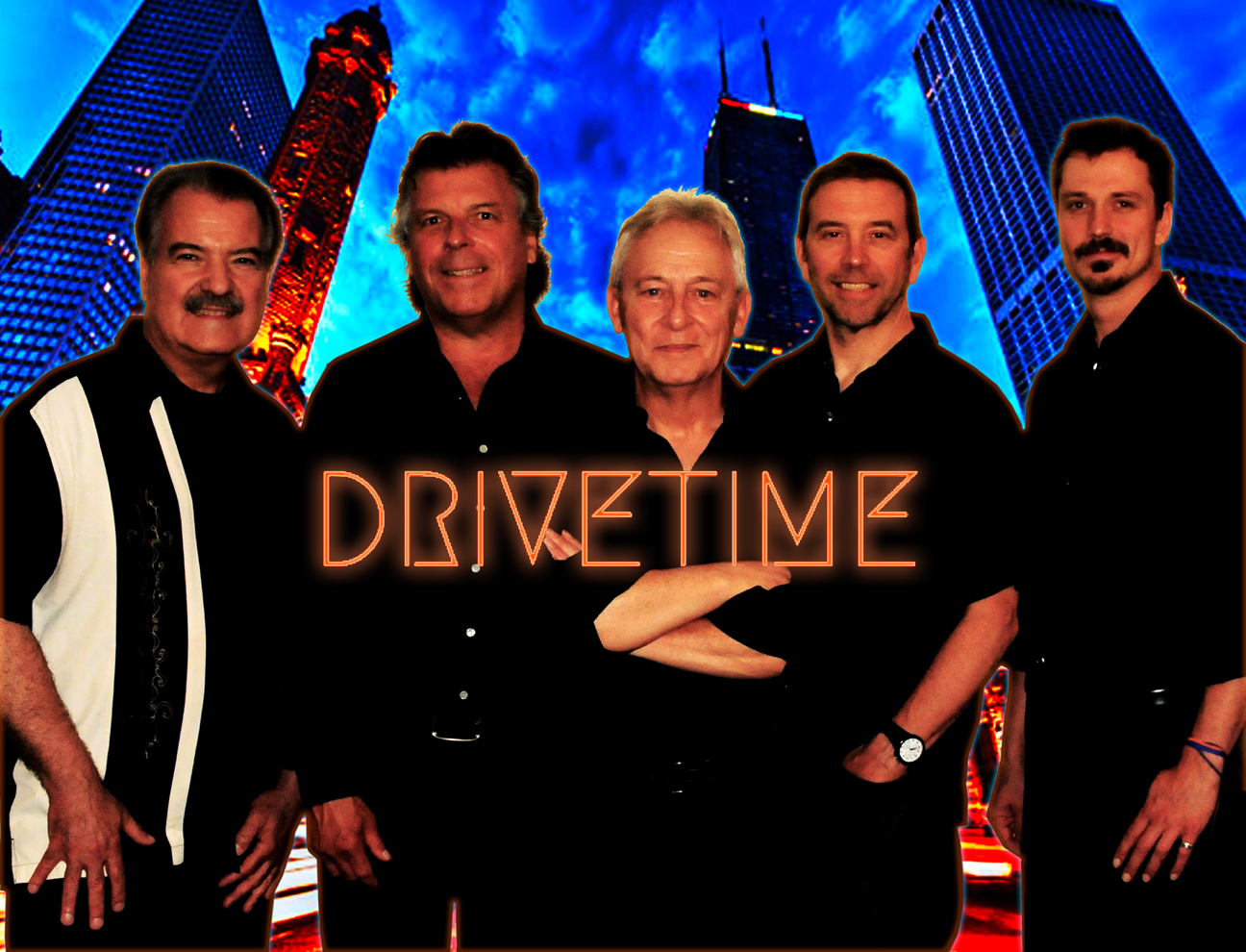 Philadelphia based International Recording Artist and Hollywood Music in Media Award nominated Drivetime has become internationally known around the world with back-to-back singles and CD’s for over ten years. Now at the pinnacle of their careers they are forging ahead to discover more about themselves and their music. Drivetime has been in rotation on Internet and terrestrial radio since Drivetime’s brake out single Getin’ Witit 2009 featuring Bob Baldwin and In 2012 released What You Won’t Do For Love featuring Justin Guarini and again in 2012 with their single Lincoln Drive featuring Andrew Neu on Saxophone. Drivetime style is very hard to define so they just call it Urban Organic Jazz. It incorporates Jazz, Nu Jazz, Fusion, Funk, Latin and all shades in between. One of the most electrifying bands live to come out of Philly on a very long time, the current line up includes Bernie Capodici on Percussion, Gene Terramani on Guitar, Jimmy Dell’Orefice on Piano/Keyboards, Andrew Neu on Saxophone, Nick Terramani on Bass and JJ Zeller on Drums.

So sit back, buckle up and enjoy the ride!!!!

On The Sound Of LA record label
Distributed by Sony/Orchard
http://www.DrivetimeUOJ.com

Bernie Capodici,
What Musical Genre Do You Feel Best Describes Your Music And How Would You Describe Your Sound?
We call it “Urban Organic Jazz, it’s a mixture of Jazz, Smooth Jazz, Funk, Latin and Pop. Taking elements of each and brewing up a unique sound reminiscent of that Philly sound, mixed with traditional and modern textures and sounds to fit todays listeners.
How Did You Get Your Name? Is There A Story?
After a tour of France with Dexter Wonzel I got back to Philly and knew I wanted a band of my own and since my personal taste in music was Jazz and Smooth Jazz, I started putting the word out. Once we had a few rehearsals under our belts it was time to give it a name. in 2001 it was before Spotify, Amazon, or Apple Music even Facebook so we depended on FM Radio. The most popular shows seem to be at drive time so there you have it, I played around with the lettering and came up with Drivetime and it stuck.
What Are or Have Been Your Musical Influences?
I can’t speak for the rest of the guys but for me it has to be Miles Davis and Herbie Hancock, but I’m a big fan of all types of music, I draw from all walks of life.
What Are You Working On Now? Any Future Collaborations We Can Look Forward To?
During the lockdown it gave us a lot of time to write, we now have enough tunes for a double album and we have a new single in the works which we’re excited about because we’ll reunite with Andrew Neu for this project. Now we start looking for work again but that’s no easy task because many places have closed because of the pandemic.
What Is Your Ultimate Goal In The Music Industry? What Is Your Plan Of Action?
A Grammy would be nice… lol Like any business you want to do more than just survive, we keep pushing for that chart buster and hope to simply get recognized for our artful productions, for recording to mastering. That would be my hope.
What Is Your Favorite Track To Perform Live and Why?
We don’t do a lot of cover tunes but when we do we rip them up and rearrange them, one of my favorite songs we do that always gets a big reaction is California Dreamin’.
What Has Been The Biggest Challenge In Your Career Thus Far?
Staying fresh for one, not falling into that trap of doing the same thing over and over till your numb to it. It’s important to stay energetic and committed to any project thats lasted as long as Drivetime.
What’s Your Typical Songwriting Process?
Your kidding right? Could be anything, mostly I’ll play around with a chord progression till I have in arranged in my head, then I’ll work in drums and find a great groove. I’m mostly a Motif kinda guy, by that I mean the tune has to feel like a particular emotion and depth that corresponds with the song title all of which a fluid till mastering. There are three main writers in the band and we all collaborate on the material.
How Has Social Media Influenced Your Career As An Artist?
Great way to see what other people are doing and a great way to find out what you shouldn’t be doing. Since I’ve been playing music way before Social Media I’m pretty set in my ways and I can’t say it has much of an influence on me or my writing.
What Are Some Tracks and Artists Currently On Your Playlist?
I’m all over the place on this, from Herbie Hancock to Keiko Matsui to the Beatles and Harry Nelson, Earth Wind & Fire to Carlie Parker.
What Did You Do Before You Started Making Music?
Been in music all my life. Although I’ve done many things in-between gig’s music has always been my first love.
Any Advice For Young People (Men or Women) That Want To Succeed In The Music World?
Give the same performance whether it’s in front of two people or ten thousand people.
What Would You Change In The Music Industry If You Were A Top Music Executive?
The industry has lost so much with the advent of technology and its cheapened its effect on people. I guess I would be a little more open minded than be shackled in chains to what’s trending. Music has been a constant insperation for counter culture to express emotions or feelings of the times, I would try to look ahead and embrace the future. I’d also be out to every PodCast, Blog, Clubs and be with people instead of judging from an Ivory Tower.
How Do You Feel About Originality?
Most important part of making music, if you don’t walk to the beat of a different drummer you’ll just be a poser trying to make it through other artist music no matter how well you do it.
Is There Anything Else We Should Know About You Or That You Would Like to Add?
Drivetime’s music is enjoyed around the world on terrestrial and internet station, Drivetime has been endorsed by Sandy Shore-SmoothJazzGlobal, Michael Tozzi-iJazzGlobal, Pedro Carretero-Follow Me 87.6, Valencia, Spain, Jeff Moses ll-SmoothJazzBoston, Doug Sinclair-SmoothJazzFlorida just to name a few, all supporting Drivetime’s new CD “
Mysterious Life” on The Sound of LA Label.