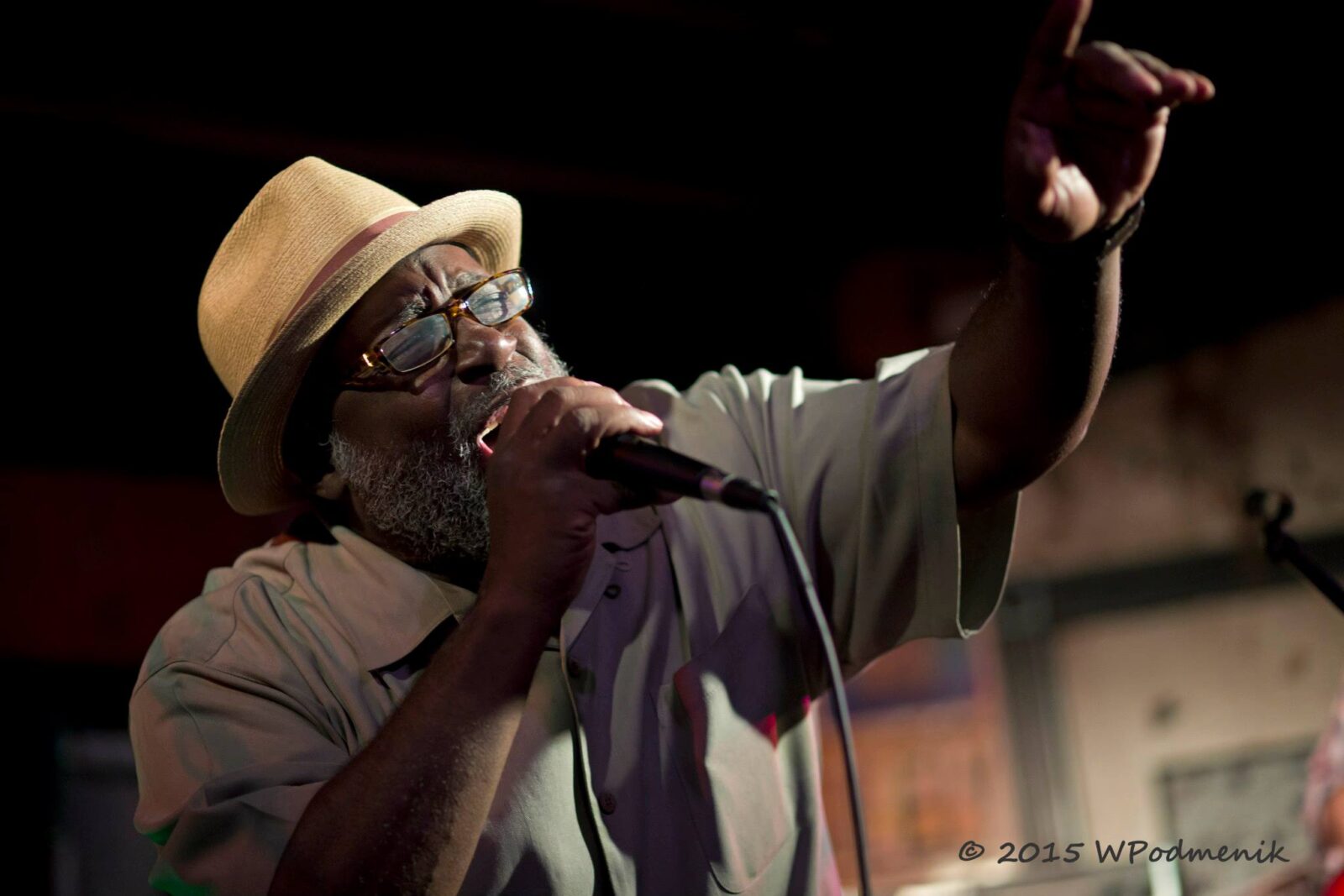 Biography of Lucius Bennett III
I am a retired music lover, enjoying life. Born in Cincinnati Ohio and presently living in Virginia in the Hampton Roads area.

In December 1998 I was laid off from my job, and being 50 years of age I made a conscious decision to make the 2nd half of my life, a lot more fun than the 1st half. So I opened up a karaoke business, took up acting classes and began to earn a living as an entertainer. It was with my karaoke business where my singing got me picked up to perform in local bands and stage production.

While performing in a R&B show I opened the show with a blues tune by Gloria Handiman ” Meet Me With Your Black Drawers On” and a booking agent that happened to be in the audience asked the promoter if he could book me as a blues singer. And that started the ball rolling!

At first It was a bit odd for me to be singing the Blues, having spent my youth singing in school choirs of 100 voices, in the second tenor section. to end up as a solo act singing from your soul and not off 8 part sheet music. Like they say ” Get in where you fit in !” I had a bluesy voice so I decided to let fate have it’s way.

Then I met an International Blues artist named ” Bobby Blackhat” at an open mic session in Hampton Virginia. He decided to assist me into getting to the next level. While performing together, I remixed one of his earlier tunes ” Red Shoes” which knocked him off his feet and we ended up in the studio ,with me taking a part in the making on his 6th CD. The CD, titled “RED SHOES” is now being played internationally with my being a featured artist . So I kept up the winning approach and after attending numerous open mics, I met a producer named Martin Blockson . Martin had watched me from a distance, before deciding to work with me. He took me into in his studio, where I wrote, performed and recorded “Find Me “.

I have since entered several song writing competitions am I am presently a semi-finalist in the Blues category , chosen out of 26,000 entries from around the world, to be in the top 9% as a semi-finalist. I have also begun to accept opportunities to write and perform as a songwriter and vocalist.

Lucius Bennett III,
What Musical Genre Do You Feel Best Describes Your Music And How Would You Describe Your Sound?
My music is best described or better yet ” ROOTED’ in the Blues. The sound I am putting out, as on my last single “Down Again” I’m giving it to ” NEW BLUES” , it maybe just, Self Created !
How Did You Get Your Name? Is There A Story?
My performance name is, Lucius Bennett III, when I’m performing as a solo artist. If I’m with a band it’s Lucius ” B “Bennett and the Blues Crew. I like using the term crew because I almost do not know who is available when I’m booking a gig ! I hopes this scenario disappears one day .
What Are or Have Been Your Musical Influences?
After growing up performing in a 100 voice high school choir, MY MIND WAS WIDE OPEN !!! But the 1st thing I would do when getting home, was listen to Lou Rawls Live album where I learned every word and beat . He was the greatest Blues and Jazz artist in my life. His vocals and creativity still has a profound influence on everything I sing. But Earth, Wind and Fire filled the void . I also truly love singing Neo Soul too !
What Are You Working On Now? Any Future Collaborations We Can Look Forward To?
A new release will be coming out June 2nd, 2021 with my partner in crime Martin Blockson, a great composer , sound man and talented instrumentalist . But as of the present just getting ready for my next gig.
What Is Your Ultimate Goal In The Music Industry? What Is Your Plan Of Action?
I really do not have an Ultimate Goal in the industry. It’s all about just singing the dreams and visions that roll around in my head. My plan is to keep producing music as long as my fans desire it for it’s all about them in the long run !
What Is Your Favorite Track To Perform Live and Why?
I love performing the songs that allow me to capture the ear of the audience so we can enjoy it together. My most memorable performance was in Florence, South Carolina for 26,000 people at the Pecan Festival . I was singing Mustang Sally, and when I look back and remanence I can still hear the roar of them singing ” RIDE SALLY RIDE “!!
What Has Been The Biggest Challenge In Your Career Thus Far?
STAYING FOCUSED !!! Not letting my ego or vanity interfere . I’ve found out if I’m not careful I stop singing what’s inside my soul and start singing what I think they want to hear. It has always sounded messy to me when I do that.
What’s Your Typical Songwriting Process?
I presently only have 2 ! I start with lyrics that pop into my mind, usually from an event I have recently experience OR someone request I write to a track that’s inside their soul that they just feel deserves lyrics. And from them all I need is their trax , a theme or subject that’s motivating them.
How Has Social Media Influenced Your Career As An Artist?
A LOT ! I freelanced a song at a open mic , they started playing and I sang whatever came in my head. SOMEONE was doing a facebook live recording and a lady from Canada thought it was truly awesome and ask me would I travel to Canada to sing. This help me understand that there were no limits in music to what can happen, that brings people joy and that made me feel special and it felt good .
What Are Some Tracks and Artists Currently On Your Playlist?
Lovely day / Bill Withers, Muddy Waters / Mannish Boy, Ain’t No Sunshine / Bill Withers, and a slew of song from one of my home town buddies Robert Walters/ Bobby Black Hat Band, with ” Put On Your Red Shoes “. I did a remix on, it that he happen to hear me sing, so he invited me into the studio for a remake that has become one of his most requested songs.
What Did You Do Before You Started Making Music?
I was an electrician for some 50 years or so when I decided the 2nd half of my life was going to be a lot more fun than the first half So at 50 I purchased some karaoke equipment and started a business which ran full time and then some until i became 65 and my blues life took over !
Any Advice For Young People (Men or Women) That Want To Succeed In The Music World?
Just a pretty voice is not going make it happen for you. It must be you, 100% believing in your self !
What Would You Change In The Music Industry If You Were A Top Music Executive?
Making sure artists are compensated for their investment. It won’t happen until they prove themselves a true entity in the arena but it should be as fair as possible .
How Do You Feel About Originality?
YES, covers are ok but originals are the key to inner expression.
Is There Anything Else We Should Know About You Or That You Would Like to Add?
Yes THANKS for seeing and hearing my voice !