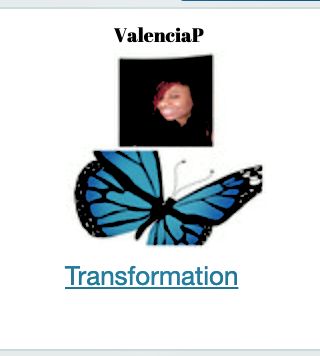 ValenciaP
Elevator Pitch
Influenced and driven by the work of phenomenal artists such as Beyonce and Mariah Carey, budding singer and songwriter ValenciaP is a gem in the world of Hip Hop, R&B, and Pop music. A stirring force to be reckoned with, the singer offers an inimitable mix of old school scratching beat sounds, immersed within her whistle tones and characteristic empowering vocals.
Biography
Hailing from Salisbury, North Carolina, ValenciaP is an up-and-coming singer, who is motivated to become a sensation in the world of R&B music. With her rich and unique vocals, which vary and fluctuate rhythm and pitches, the rising singer is making a name for herself in the fast-paced musical world. With her sweet and sensual vocal prowess, Valencia P channels her inner Mariah Carey or Beyonce, imbuing listeners with an intimate and evocative vibe. Known by family and friends as Vilincia, ValenciaP grew up performing in a youth church choir and released her first track titled “Try Me” in July 2020- dominated by a psychedelic and chill vibe, along with her refreshing single “My Turn”. A varied musical force, ValenciaP’s compositions range from commercial beats to Kodak Black and Drake type beats. ValenciaP’s choir style rhythm, immersing listeners in a dimension of Blues, Hip Hop, and Pop sets her apart from other mainstream artists. Her evocative and heart-wrenching lyricism reflects in singles “Boy, Bye” and “Run-in All Night”, which feature on her debut album, ‘Transformation’.

Currently charting at one on ReverbNation’s R&B chart, and No. 16 on the UPCOMING100 chart, the up-and-coming singer is swiftly rising the ranks. With her first album ‘Transformation’, which released on April 5th, 2021, ValenciaP promises a stunning and satisfying psychedelic trip, which is bound to carry anyone away. Her music stands out as a unique mix of styles and sounds, echoed by instrumentals, bass melody, and memorable beats. With her sensual and soft vocals, the rising artist brings to music a beautiful touch, which is sultry, smooth, and sensual.
An independent writer, singer, and music producer, ValenciaP brings to Pop and R&B music an original and well-composed sound, which has solidified her identity as someone who is evolutionary and captivating in her music productions. Boasting tracks such as “Project Chick” and “Cinderella Never-ending Love Story”, the singer highlights rich and pertinent themes which are delivered through her musical compositions. Reflecting upon the transition of power and changes that are not only forthright but also a necessity, her rhythmic singles fate to become a favorite for fans. ValenciaP’s singles also underscore the riveting experience of coming of age, growing up, learning, and challenging the world around her- essentially making sure that she ‘lives’ life fully.
The growing singer now hopes to keep working on her music and releasing diverse singles, music videos, and collaborations, while continuously developing her own musical styles and sensibilities.

Vilincia Patrick,
What Musical Genre Do You Feel Best Describes Your Music And How Would You Describe Your Sound?
I feel the genre in my music is a mixture of r&b, hip-hop, and pop. My sound is like a culture reset. Sounds of mainstream mixed with old skool with the scratching on records.
How Did You Get Your Name? Is There A Story?
My name is Vilincia Patrick. But when I first started out as an artist I was going by Valencia. I soon learned a lot of artists go by that name when my music placed with someone else, so I added the ‘P’ on. ValenciaP is what I go by.
What Are or Have Been Your Musical Influences?
From Michael Jackson, Prince, Mariah Carey, Beyonce, Ariana, Nicki Minaj, Lil Kim, and Drake. It’s a slew of them. I got to mention Beyonce. She is very inspirational.
What Are You Working On Now? Any Future Collaborations We Can Look Forward To?
Collaboration with Seybin on my song “Super Star. ” And working on a video for it.
What Is Your Ultimate Goal In The Music Industry? What Is Your Plan Of Action?
To be a better version of me. Keep working on my crafts and never give up.
What Is Your Favorite Track To Perform Live and Why?
Super Star because it’s inspirational. Since I am currently working on it, I love it even more.
What Has Been The Biggest Challenge In Your Career Thus Far?
Getting hoarse and having to go on vocal rest.
What’s Your Typical Songwriting Process?
I think about something and then compare it to something or someone else.
How Has Social Media Influenced Your Career As An Artist?
I already had plenty of Facebook friends, but with the ads, they are my fans along with others from all over the world.
What Are Some Tracks and Artists Currently On Your Playlist?
Ella Mae, H.E.R. Ariana Grande
What Did You Do Before You Started Making Music?
I am an author since the early 2000s and currently pursuing filmmaking since 2019 at LA Film School. I graduate next August.
Any Advice For Young People (Men or Women) That Want To Succeed In The Music World?
Make your best effort and disregard what others have to say about you. Your best self is who you are! We are all flawed. It is only through learning and growing that we will progress.
What Would You Change In The Music Industry If You Were A Top Music Executive?
I would allow artists more freedom to express themselves, to be who they are, and allow them their masters. I heard that is a problem with labels.
How Do You Feel About Originality?
Originality is attractive. But adding a new twist to it is fun!
Is There Anything Else We Should Know About You Or That You Would Like to Add?
As a beautiful flower needs nurturing, I will continue to learn and strive to do better, so watch me succeed.