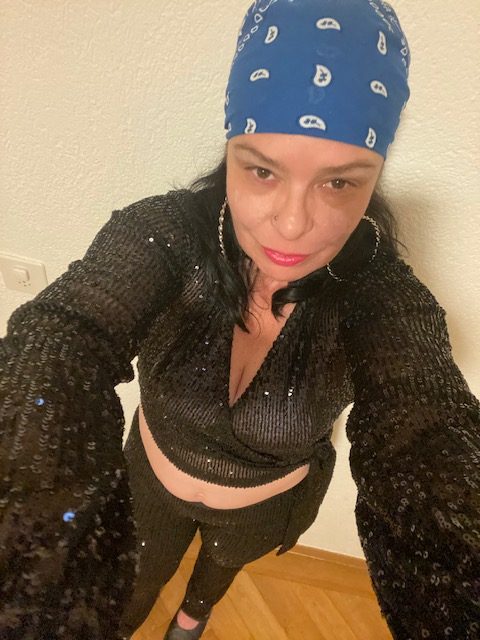 Sirelda Garcia, known as Sissi, was born in, Switzerland, but she’s the daughter of Spanish (Sevilla) and Italian (Piemonte) immigrants. When she was a baby, her father introduced her to the bongo, because her Spanish grandfather was a drummer.
Child she sings and their relatives who light up, decided to enroll her in the music school of Bulle, where they moved, at the age of 6 and she studied flutes and piano, during this same period she sang in the church in the Italian choir as a soprano. She started writing French poetry at a very young age and she loved reading. Sometimes she liked going out with their neighborhood friends. At 17, after becoming a mother, she started to write her own songs and at 20 she took up the guitar, she studied for a year at the conservatory of theater in Lausanne before focusing on guitar. . Later, she perfected her skills as a graduate sound assistant at cfms, Lausanne. Since she live in Biel, her first single was released in 2017 Un Amiga Do Brazil where she sing in Spanish a bossa nova in a Latin style. Her second official release is a collaboration with an American band from Endicott, Joseph and Anthony Tedeschi, I Only Have One Life 2021, it’s more rock, the third song released is Blue Bird 2021, a folk song. Her influences are multiple, she likes the blues and Billie Holiday, the reggae like Bob Marley, the rock too but she was very influenced by hip hop and R&B in her sounds with @2Pac and many others artists.

My mother calls me Sissi since ever

I don’t know yet

To survive day after day keeping focus on my music

I feel a good influence on ReverbNation

I always made music

To keep focus on their dreams