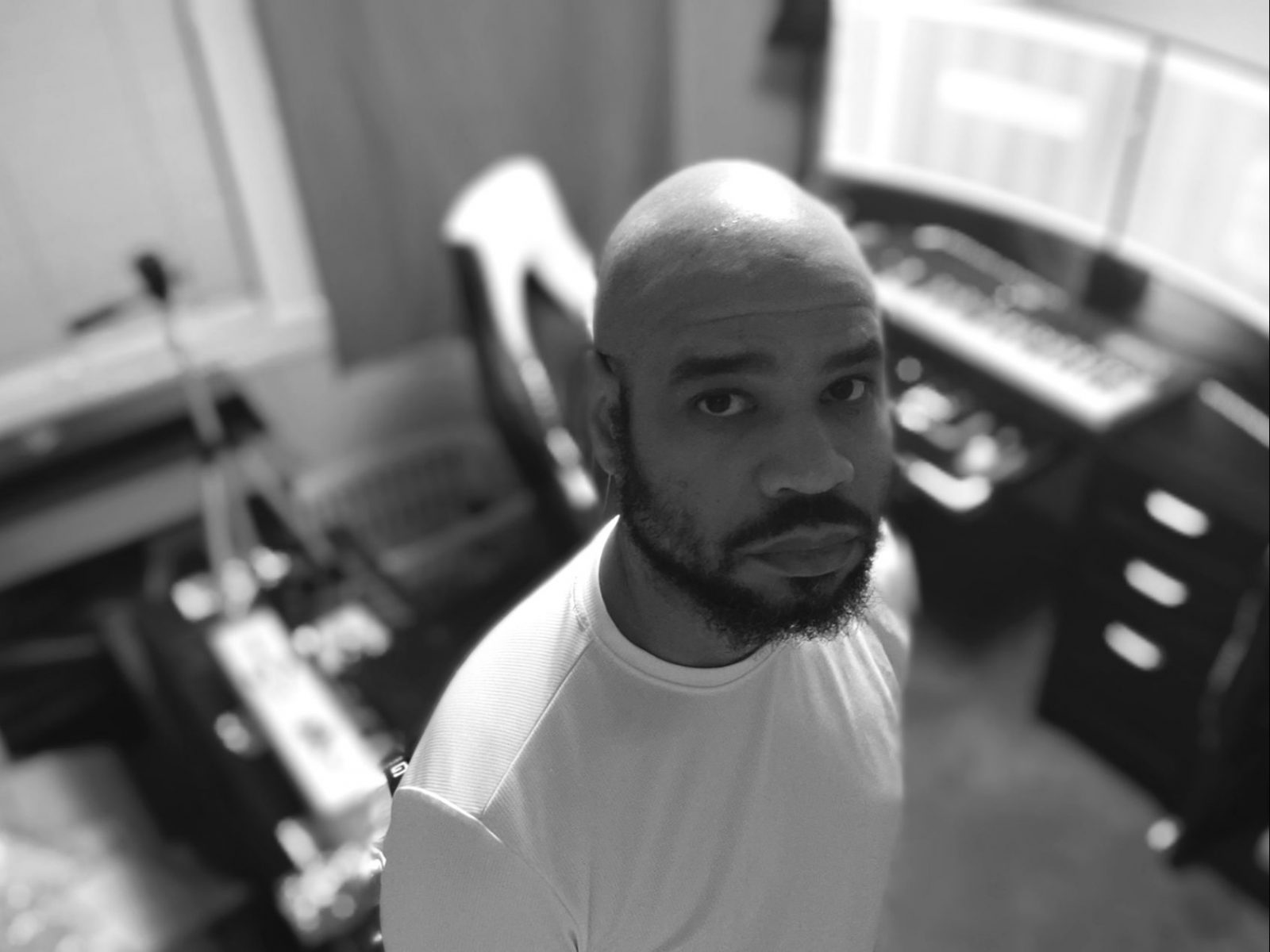 Bio
Resident of the DMV, musician 15 years strong, devout lover of God the everlasting father,my family! Was born and raised in Washington DC, USA. Now living in Baltimore, MD.born to two God-fearing and loving parents Irvin and louverta Simmons Started doing music 2005, and really started crafting and career focused in 2006 and it’s been a strong passion ever since!

What Musical Genre Do You Feel Best Describes Your Music And How Would You Describe Your Sound?
Hmmm lol! I can’t say honestly , everything! I love every genre pretty much! I mean I guess it depends on what genre I’m in the mood for . One day I could do a hip-hop track ,and next day I might wanna do a orchestral type piece and everything in between ,so I really have no set genre or best genre. I guess I would consider my sound my own .I’ll do sounds probably nobody else would lol.

How Did You Get Your Name? Is There A Story?
So some friends of mine we were all sitting around being weird and goofy and thought what would my first and last name (Jason Simmons) sound like if it was mashed together and came up with Jimmons. My friends thought it was hilarious lol, but eventually I just kept rolling with it! added beatz to it ..the rest was history.

What Are or Have Been Your Musical Influences?
Cab calloway, Jimi Hendrix, Armin van Buren, Tiesto, NF , Lecrae just to name a few…

What Are You Working On Now? Any Future Collaborations We Can Look Forward To?
I currently have no collabs planned for now. I have three songs I’m working on ,2 hip-hop tracks and one rock influenced (christian) rock song!

What Is Your Ultimate Goal In The Music Industry? What Is Your Plan Of Action?
Well I have no mega Star plans quite honestly. Just be comfortable and do what I love which is music! I wouldn’t mind doing a collaboration with some producers for film, videogames, TV and etc.!

What Is Your Favorite Track To Perform Live and Why?
Well I haven’t played anything live but my favorite track I’ve made so far is ‘Mind of Peace’ I say that because of the afro-dancehall vibe . So I went Africa (Kenya) a few years ago and while there I heard alot of afro-pop or dancehall there, fell in love with it and came back here with the mindset I gotta put more afro-influence in my music…lol

What Has Been The Biggest Challenge In Your Career Thus Far?
Time. Yes time because of personal priorities like family and such that come first in my life, but 24hrs in a day does not seem like enough time in a day. Whatever ideas come to me often time I have to record it on a mobile phone or something so I won’t forget lol..

What’s Your Typical Songwriting Process?
Melody first for me. I like to lay down the melody on a track first ,then do percussion or drums ,bass ,and so on .I’m thinking and humming sounds in my head almost all day wherever I’m at .running errands, doing chores , I try to hurry home and lay it down before I forget lol

What Are Some Tracks and Artists Currently On Your Playlist?
Lecrae, NF, Armin van Buren, Tiesto, Nadia Ali…just to name a few lol

What Did You Do Before You Started Making Music?
I worked armed security for a federal government facility.

Any Advice For Young People (Men or Women) That Want To Succeed In The Music World?
Never ,ever give up! Don’t let your friends, co-workers, not even family steer you away from your dreams! Yes this music industry is challenging but it is also rewarding. If you are passionate enough about something, then it really doesn’t seem as hard !

What Would You Change In The Music Industry If You Were A Top Music Executive?
I would try to create more opportunities for indie artists to get exposure on major network and radio stations. There’s so many great talents out here but are never heard because of this mainstream approach media takes sadly.

How Do You Feel About Originality?
I love it! I feel like you’re so much more involved with your track when the percussion, melody, drums, etc. are original.Samples have their place but there’s nothing like a originally produced song in my opinion.