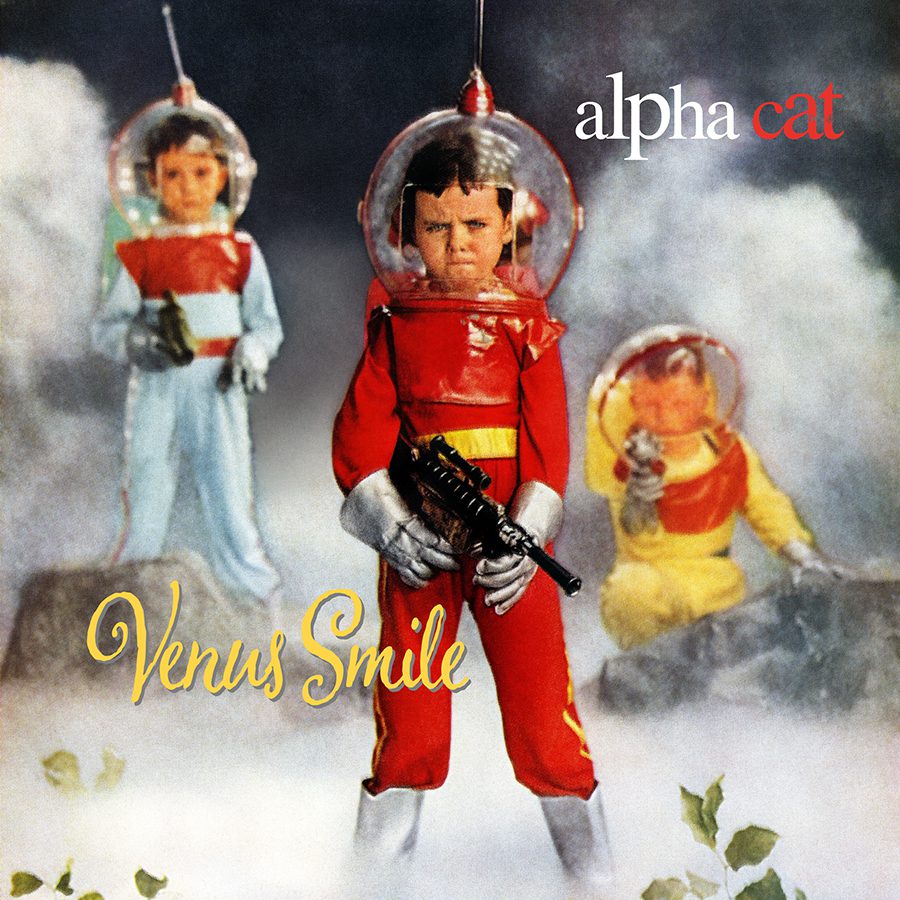 What Musical Genre Do You Feel Best Describes Your Music And How Would You Describe Your Sound?
Indie Alt-Rock, Alt-Pop, sometimes Dark Pop and some Americana or Alt-Country

How Did You Get Your Name? Is There A Story?
Was gigging with a band that I decided to call Meerkat, because I had become somewhat obsessed with them and had some great photos of Meerkats that I took. When I was creating the artwork for my first record, “Real Boy” I was also using one of my photos for the cover, but didn’t like the way the name looked, and then I remembered my sister talking about alpha dogs, and because I’ve always had cats, I decided to try alpha cat. I liked the way it looked, and when I put the first official band together, it ended up being 3 women and two men, so the symbolism struck me as significant: the feminine/intuitive as more powerful than the masculine/intellect. And it seemed to say something about female empowerment as well!

What Are or Have Been Your Musical Influences?
They are countless! Everything from all of the early Motown my Mom would play when I was a child, to Joni, Neal Young and CSNY, Squeeze, the Beatles, the Cure, Beck, likely Oasis and the Pixies and the Breeders, definitely Chrissie Hynde and the Pretenders, the Stranglers, Elvis Costello, and Tom Petty. And that’s the short list! Because I have listened to music at every opportunity for my entire life, so I’m sure it has all influenced me in some ways, even the artists I don’t like!

What Are You Working On Now? Any Future Collaborations We Can Look Forward To?
I am starting to write a new record, and have gotten Doug Pettibone and Jason Harrison Smith both ready willing and able to record it once I’ve written enough songs I feel are worthy of it.

What Is Your Ultimate Goal In The Music Industry? What Is Your Plan Of Action?
I really feel that I have experienced a lot of difficult things in my life, yet survived and learned from them. So it seems that the purpose of my putting out music is to address these deep issues and how I’ve overcome them, in the hope that they might help others who may have or are experiencing their own difficulties and see that there is a way through and out…

What Is Your Favorite Track To Perform Live and Why?
I would have to say “Black Hole” because I love the beat, and the lyrics were directly influenced by the scientific discovery that one could in fact escape a black hole, contrary to previous belief, but only by going all the way through. Kind of a wormhole thing. Plus, it was a song that I deliberately set out to write in the style of Beck, with strings of metaphors that hopefully, and seemingly, lend themselves to relistening and finding deeper layers of meaning underneath the surface ones.

What Has Been The Biggest Challenge In Your Career Thus Far?
Having to take quite a long break, because a lot of stuff caught up with me that I guess I had been trying to run from for a long time. But even that had it’s gifts, because I believe I healed a lot of deep trauma, and I met the brilliant artist, DJ, and mixing and mastering genius Brett Thorngren. He not only mixed and/or mastered my last three releases before his untimely passing last fall, but also became the closest friend I ever had. And all because I took a class to get certified in Protools, since I met him through my teacher, who loved my music. I’ve never had a bigger supporter or believer in my music. I think he cared about it more than I did! He literally brought me back to musical life.

What’s Your Typical Songwriting Process?
It varies. I guess the general process is either starting with a lyric, picking a beat or making a simple beat layout, picking up the acoustic, and writing from there. But there are exceptions: Pearl Harbor for instance, I had written the music two years before I had the idea for the song, which I was literally moved to write because we had a gig on Pearl Harbor day, and the experiences that informed those lyrics hadn’t happened yet when I wrote the music, but they certainly had by the time I wrote those words! And of course occasionally they simply fly out of you like an emotional projectile vomit!

How Has Social Media Influenced Your Career As An Artist?
Really not at all, to be honest.

What Are Some Tracks and Artists Currently On Your Playlist?
I am a pop fiend at heart I suppose, so I love Halsey and Elle King and Bieber. I like Glass Animals “Heat Wave” 24k Goldn’s “Mood” and anything and everything by Rihanna of course. But I’ve also been listening to a lot of Juice Wrld, who left this planet way too soon. And since the record I just released has a song called “Wichita” on it, which gives a nod to Jimmy Webb’s “Wichita Lineman,” so I dug into Youtube and found a version of his doing it in a small club that just starts wwith his light piano. It is so beautiful it almost makes me cry.

What Did You Do Before You Started Making Music?
I was a professional photographer. I photographed a lot of bands, primarily, and did a lot of other portraits for papers as well. But I also did my separate photo art, which I exhibited in quite a few places, before the music took me over.

Any Advice For Young People (Men or Women) That Want To Succeed In The Music World?
Don’t do it for the money or the fame, because even if you DO succeed, it will not fulfill you. Do it because it is what your soul requires you to. And I’ve always believed that the more truthfully personal your work, the more universal it becomes.

What Would You Change In The Music Industry If You Were A Top Music Executive?
Well, I would change the policy of all the streaming services of pooling all the indie artist’s money and giving it almost completely to the small number of artists at the top of the charts, who frankly DO NOT NEED IT.

How Do You Feel About Originality?
It’s pretty much all I care about in any art form, to put it bluntly.

Is There Anything Else We Should Know About You Or That You Would Like to Add?
I purchased Microsoft Word today solely for the purpose of uploading the bio and blurb for my latest record, “Venus Smile” and it still wouldn’t upload. I spent months writing it, so it was pretty frustrating. So I’m going to copy and past it here, if there’s space, and hopefully I will be able to still hit the submit button?

The new Alpha Cat EP Venus Smile is due to be released on indie label Aquamarine Records June 24, 2022. It will initially be released worldwide digitally, and CDs (!) will also be available.

Elizabeth McCullough formed the band Alpha Cat to support a notable success with the first Alpha Cat record, Real Boy, which was produced by Fred Smith of Television. But as often happens, the band fell apart after recording the follow up, Pearl Harbor; but the name stuck.

This new record, Venus Smile, began recording in Reseda, California in 2007 at Bright Orange Studios, and the final touches were added from March to May of this year with everyone working remotely from home. This record was written and produced by McCullough, with Jason Harrison Smith on drums, Doug Pettibone (Lucinda Williams, John Mayer) on every guitar but acoustic (exception: “Wichita”) Reggie McBride on bass (Stevie Wonder, Parliament Funkadelic, and Elton John, for a start) and Jane Scarpantoni on cello (REM.) All but this years mixing and mastering was done by the late Brett (Cosmo) Thorngren. The sound of the songs vary, ranging from pop to rock to Americana, with shades between.

“Opposition is actually the natural prerequisite for union. As a result of opposition, a need to bridge it arises.” ~ Confucious (The I Ching or Book of Changes: Richard Wilhelm translation)

McCullough says of Venus Smile, “My take on the overall theme of this record is one of redemption and exhaustion: exhaustion with the all the anger and the fighting, exhaustion from the division that has so greatly impacted our world. A planet on which every single one of us has more in common than not. So while not every song is about this specifically, each one of them is in some way about separation. Some address my sense of reticent optimism that they can and will be healed, others aren’t quite there.

But I have myself survived a total separation from myself; with a well documented depressive episode that took me out for over a decade. And I have not only recovered to continue this lifetime of healing, but thrived. I believe we are all meant for and capable of the same. But now I have made the choice to move beyond being defined by past trauma. So yes, this does give me hope in a time when hope, and healing, are in such short supply. Of course I myself am not fully “redeemed” but I have certainly moved further on the path than I would have ever dreamt. It is my belief that this is possible for all who live on this world, whether I personally agree with their beliefs or not. Our promise, whatever that may be, and for as long as we are alive, need not be wasted.”